This was a trip to Scotland with my brother to attend a family funeral. While we were there we filled in some spare time with walks in the Edinburgh Botanic Gardens and Aberlady Bay, and a visit to the Scottish Sea Bird Centre at North Berwick

On our way home we broke the journey at the RSPB Leighton Moss reserve, where we were lucky enough to observe (from a great distance and through misty rain) an Osprey hunting and consuming a fish.

On Friday morning we parked on the roof of the Ocean Terminal car park at Leith Docks, to have some lunch, change into our "guid claes", and watch the world go by.

On Saturdy morning we headed for North Berwick and the Scottish Sea Bird Centre, hoping for a boat trip round Bass Rock. On the way we stopped for a walk along the beach at Aberlady Bay.
Next we stopped at Scottish Sea Life Centre, North Berwick.
On our way home, we broke the journey at Leighton Moss, Cumbria.
Here we watched an Osprey hovering and diving over the lake, from a great distance and through mist and drizzle. We moved to a hide slightly closer to the action, and found him in a tree with a large fish.

Three trips to Ashford hospital today; taking in, visitig after operation, and bringing home. After the middle visit I called in at Bedfont Lakes.

A little later, the Grebes somehow got involved in a Coot fight. The adult flew/ran away along the surface of the lake. The juvenile watched until the adult was back on the surface, wondering what to do. Then after a couple of half-hearted attempts, he stood up, flapped his wings, and imitated his mentor.

The Common Terns were in good form. The warden told me later that they have counted 42 Tern chicks this year.
No comments: 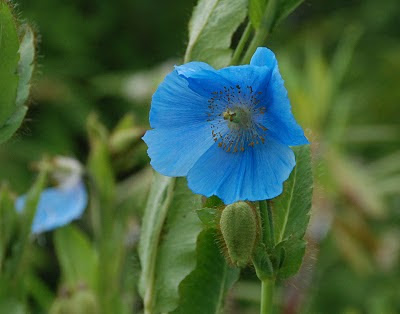 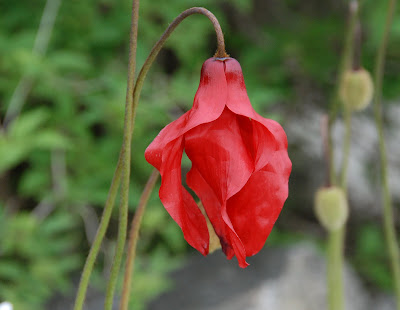 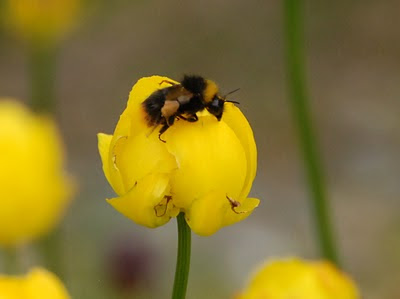 The Far North : Life on Land 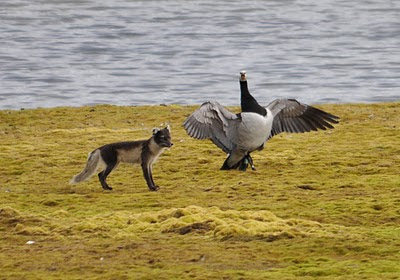 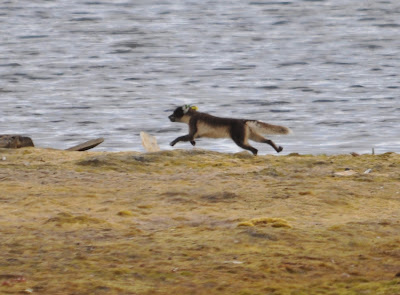 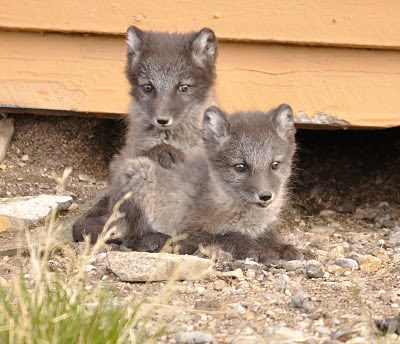 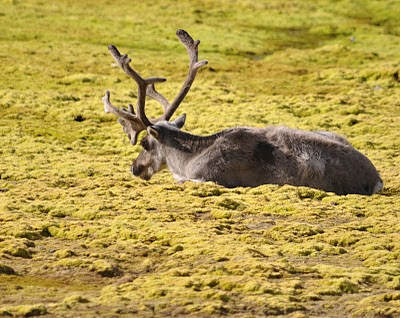 From the fishing port of Gjesvær, we went round the islands of Gjesværstappan. The first rocks we passed provided a roost for hundreds of Cormorants, and a few Black-Backed Gulls. 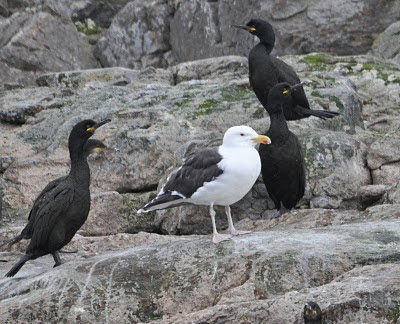 The surface of the water near the island was covered with various members of the Auk family, the most recognisable being the Puffin. 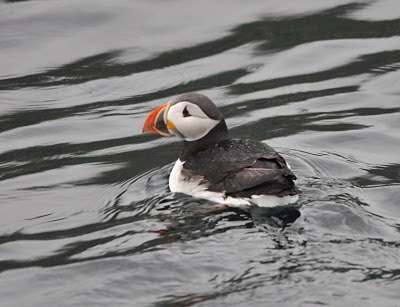 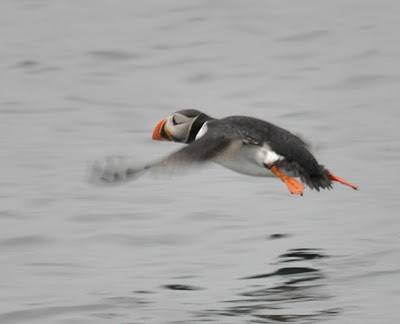 ... and Razorbills were very much in evidence. 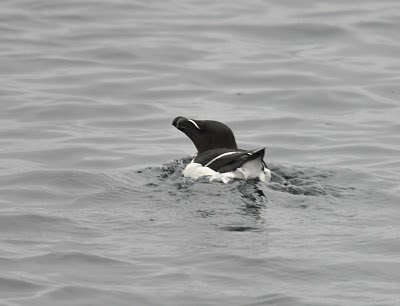 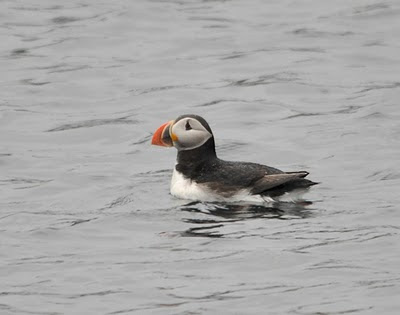 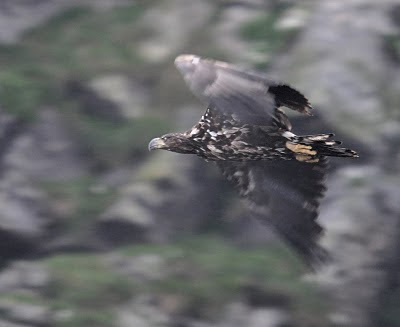 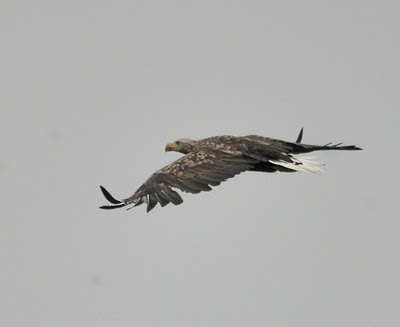 One end of the island was home for thousands of Gannets. This one seems to have become entangled in seaweed. 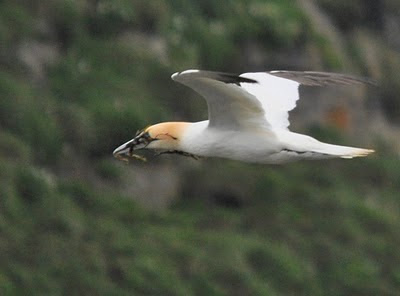 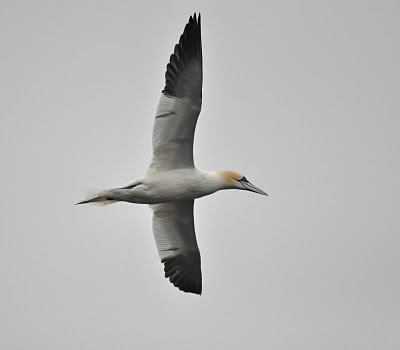 As the boat approached, the Puffins either dived or flew. Sometimes they were so full of fish that when they tried to fly, all they could do was run along the serface flapping their wings. 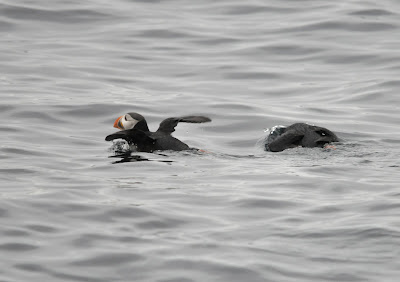 We saw many Sea Eagles sitting on rocks. At one point we could see six at the same time. 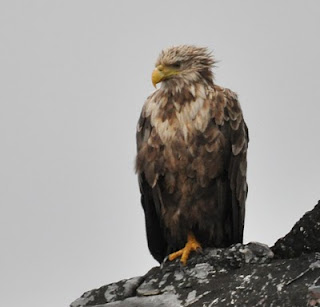 MORE TO COME!
No comments: 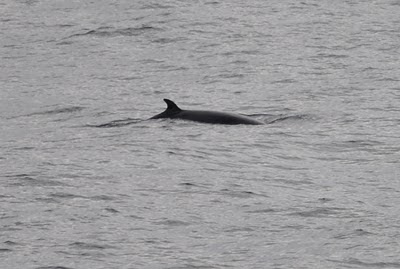 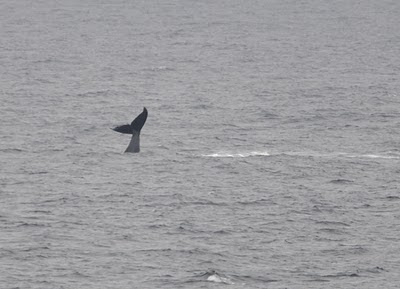 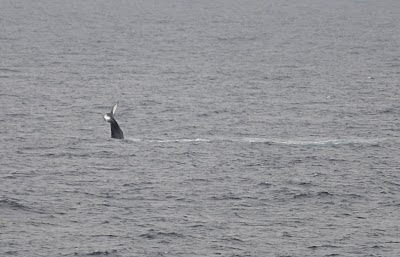 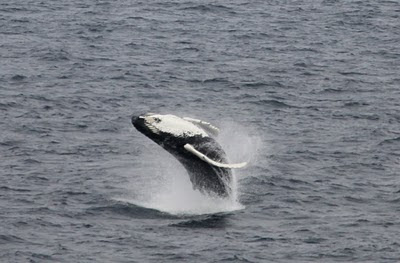 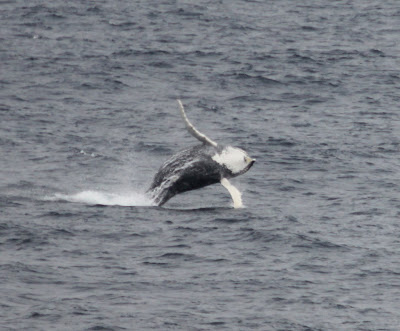