I needed to visit Staines market to buy a few items for use in the production of wine from my garden grapes. An ideal opportunity to kill two birds with one stone (inapproptiate metaphor) and visit Staines Moor. The first bird I saw was something of a surprise, as I had only previously seen them in the uplands of Scotland and Cumbria; a Wheatear. 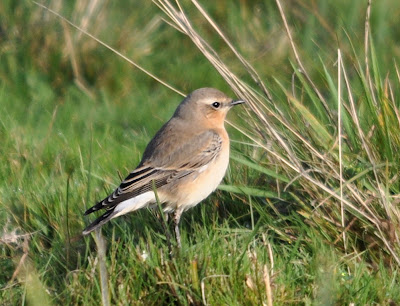 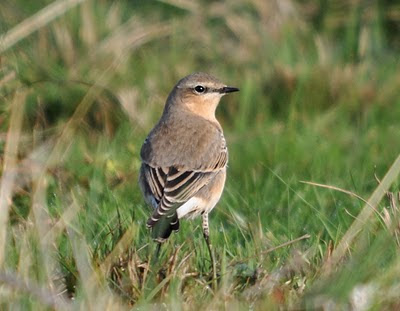 The Crow is quite an attractive bird, in its own way. 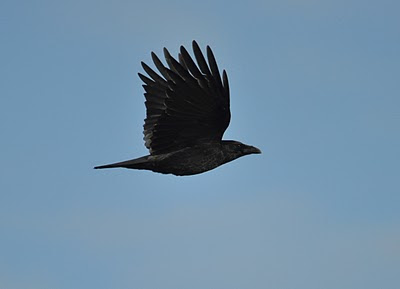 A Sparrow-Hawk circled over me for a while. Just look at that big yellow eye! 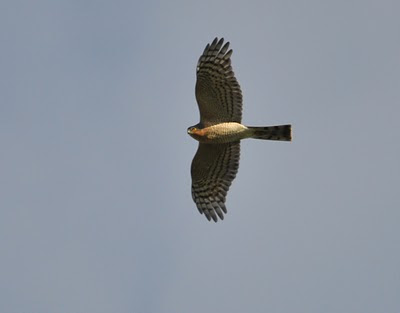 Who can resist stopping to hear a Robin singing? 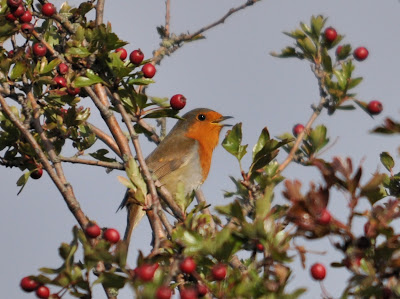 The next one can only be regarded as a record shot as it's not a very clear picture. It was only when I examined it at home that I realised the flock of small birds in the bushes were Redpolls. 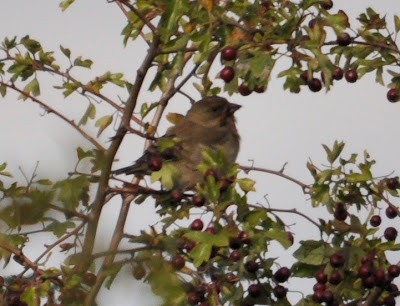 The Cormorant is common enough, but they look so superior flying past that I can never resist a picture! 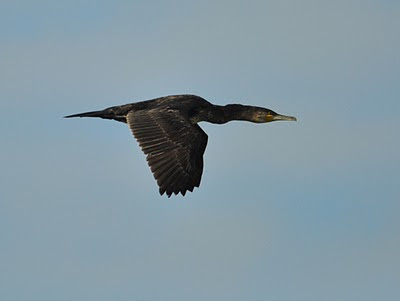 I was invited by Linda & Alan to join them in crushing and pressing apples for cider. There was also some mention of sampling last year's product, so off the Medstead I went!

The first stage of the process after collecting the apples was to chop them into manageable pieces for the crusher. This was a manual process involving large kitchen knives and a significant risk to the fingers. 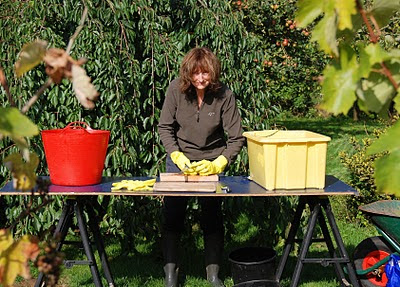 The result was a crusher full of apples but not (we hope) fingers. 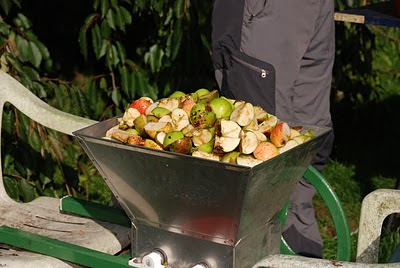 Next came some hard work for Alan, turning the crusher handle to crush the apples into a pulp. It was backbreaking work - and I was only watching! 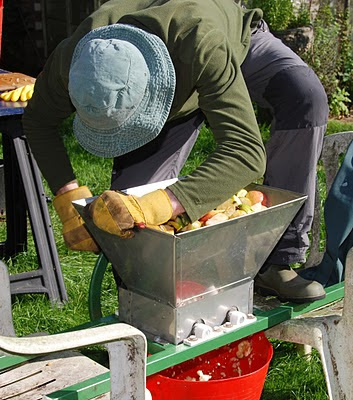 The apple pulp was then transferred to the press, where every last drop of juice was squeezed out. The whole process was then repeated until we were worn out or there were no apples left. 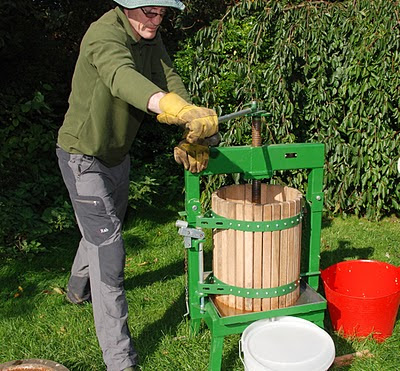 Then came the best bit! Samples were imbibed of last year's wine and cider, and the apple juice we had just produced. 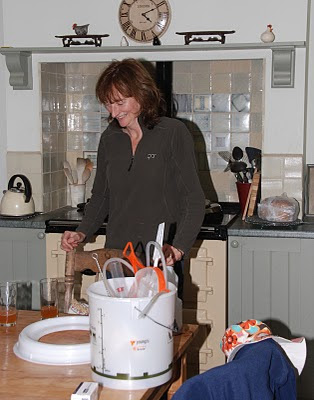 It had not escaped my notice that Linda & Alan's home in Medstead was close to ﻿the Mid-Hants Railway, which is operated with steam locomotives. So on my way to Medstead, in return for ten minutes spent by the lineside I was rewarded with the sight of a train in each direction, each hauled by a big black engine. 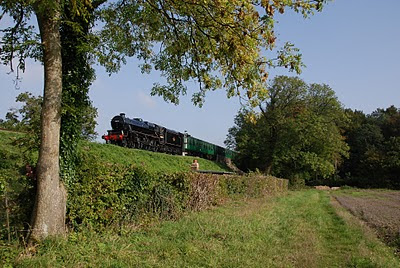 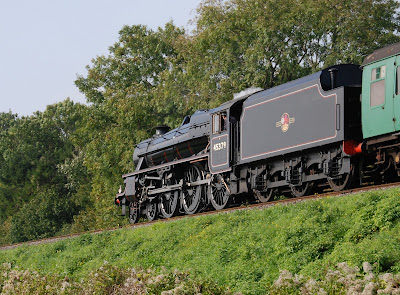 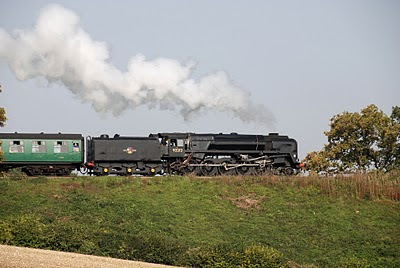 For the technically-minded, the first engine (two pictures) is a LMS 5MT 4-6-0, which was colloquially known to railwaymen as a "Black Five". The other engine is a British Railways 9F 2-10-0 heavy freight locomotive.
No comments:

I mentioned earlier that I had regularly seen a family of Hobbies over our garden. Well, my luck got even better when the juvenile landed on the pine tree in full view of my camera, which was indoors but ready for use. It was dusk so the exposures were quite long, but the camera's shake reduction worked and gave me a couple of usable images. 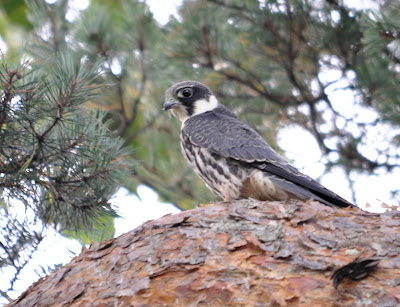 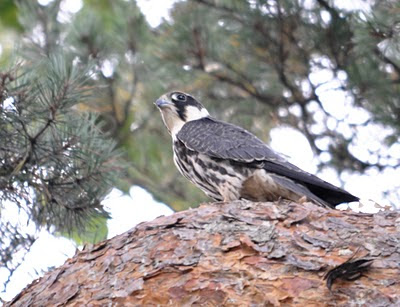 I hadn't been to Painshill for a while, and was delighted to find that the three Great Crested Grebe chicks were still there, two with one parent and one with the other. My visit was rewarded with this beautiful sequence of a fish being fed to a chick. 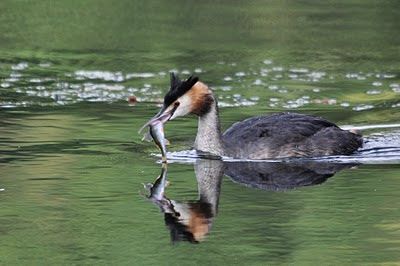 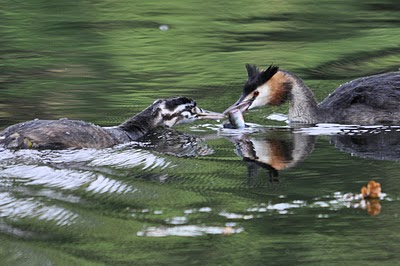 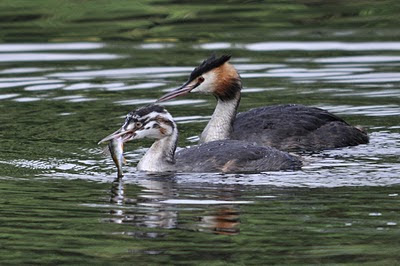 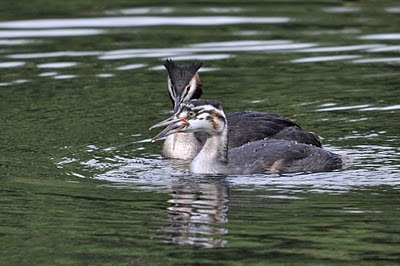 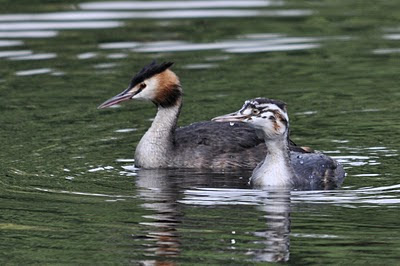 And there were two Buzzards there, soaring above the lake. 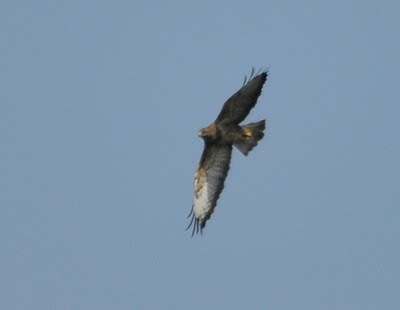 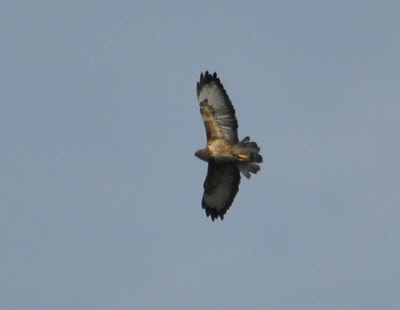